The Queen’s Brewery is a stunning Grade II-listed residential conversion of a former brewery in Manchester, which has both substantial historical and architectural significance. The site is over 155 years old, operating as a brewery for two Manchester-based brewing companies, Greatorex Brothers and most recently Hydes. 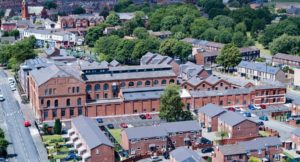 As well as being an iconic building known both locally and nationally, The Queen’s Brewery also has aesthetic significance, maintaining many of its original period features like a romantic style clock tower, red-brick exterior and Victorian features throughout.

Before and After at the Queens Brewery

Recognising the potential of a building with such importance within the local community, Forshaw Land & Property Group decided to channel this potential by making use of its period features to restore the old derelict brewery and turn it into desirable luxury apartments. 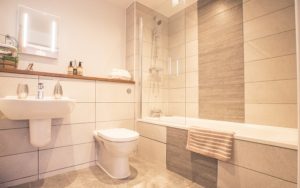 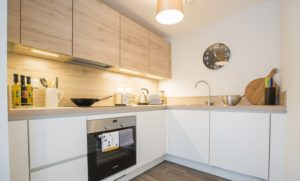 The Queen’s Brewery is centrally located, just a stone’s throw away from Manchester’s ample transport network, including trains, trams,buses and major motorway networks. Tenants of The Queen’s Brewery are perfectly placed to take advantage of all that a suburb of Manchester has to offer, close to amenities like supermarkets, restaurants, bars and cafés. Furthermore, the cities of Manchester and Salford are just over 2 miles away—easily accessible by car, public transport or on foot.

The project was delivered on time, with a build time of just over 2 years, between June 2014 and August 2016. Queens Brewery was internationally recognised as best in class in the prestigious U.K. property awards 2016/2017. 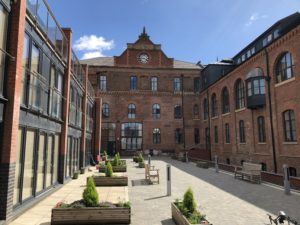 This month ,The Barrel Yard, a new build scheme completed the second phase of the regeneration project for The Queen’s brewery area.

Keep in touch with development updates and new property launches. Register today for our regular newsletters !

Residents are now moving into the “Barrel Yard” our new-build residential scheme located minutes from Manchester City Centre. The apartments and town homes are proving popular with young professionals and families with its perfect location and close proximity to Deansgate’s boutique shops and Oxford Road’s theatres and music venues. 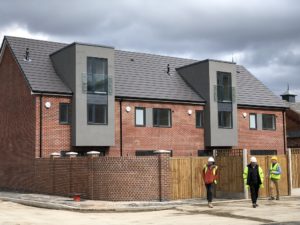 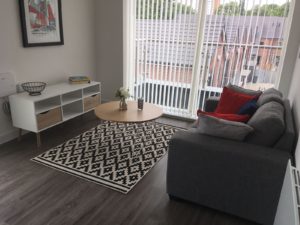 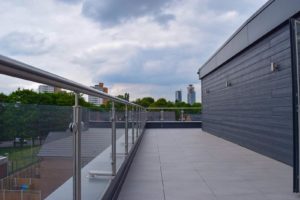 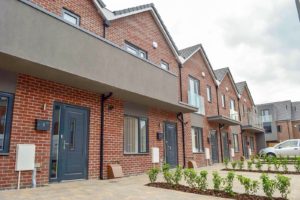 The Barrel Yard, a new build scheme completes the second phase of the regeneration project for The Queen’s brewery area. An historic Grade II Listed building which became a landmark of the city and served as the headquarters for legendary Manchester brewers Hydes for over 100 years. The Queen’s Brewery sadly closed its doors for the final time in 2012, leaving this beautiful period building to stand empty and abandoned… that’s until Forshaw saw the opportunity and purchased the site ! 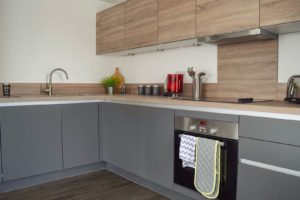 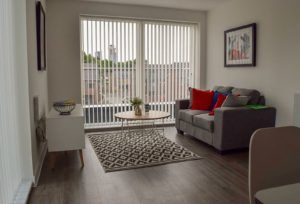 Fast-forward a couple of years and a new generation is now set to be exposed to the former courtyard and romantic clock tower which marks the former Victorian brewery’s history, as new life is breathed into the buildings. Phase 1, a refined conversion which has seen the existing buildings transformed into high quality award-winning residential accommodation and which is now complemented with the new build town homes and apartments of phase 2. 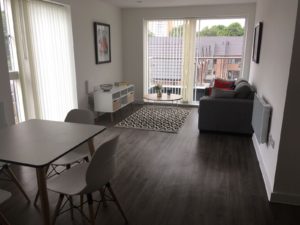 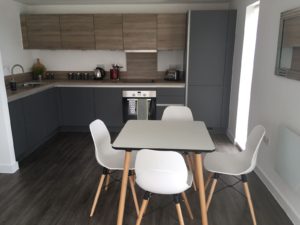 This regeneration project has dramatically improved the housing in the area, which has proven very popular making it a much more attractive place to live. As the level of construction activity in Manchester continues to rise, so do the opportunities for buy-to-let investors to acquire property in prime sites where demand is high, which will yield strong returns for years to come. 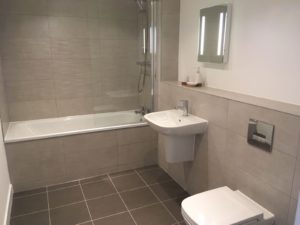 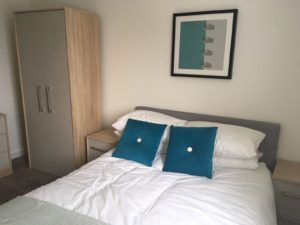 If you want to find out more what Manchester has to offer the buy-to-let investor then have a closer look at some our off-plan residential developments or fill in the form below to be put on our mailing list to receive the latest property deals and development launches.

Manchester has been ranked as the best performing city in the UK, outside of London,for attracting foreign direct investment projects (FDI) reports the businessdesk.com

The region gained the third largest number of projects in the UK, behind London (459) and Scotland (116), according to EY’s 2018 UK Attractiveness Survey.

Manchester continued to dominate the North West in terms of attracting FDI with 45 projects in 2017, up by 2% on 2016 to remain firmly on the international stage and hub of the “The Northern Powerhouse”.

With so much investment, improved infrastructure, job creation and connectivity its easy to see why Manchester has been voted one of the most exciting places to live and work in the UK.

Isn’t it about time you considered investing in a city that competes along with the best on a global scale ? View our off-plan developments here or contact us today by filling out the form below and find out how easy it is to get involved in one of our current new build projects and buy-to-let investment opportunities.

Manchester is attracting more internationally recognised companies as Swedish bank Handelsbanken announces that it will create 300 new jobs when it opens a new office in the city centre later this year at 101 Barbirolli Square.

The bank, which has a nationwide network of 208 branches and will occupy the 1st, 2nd and 3rd floors of the building which has just undergone an extensive £6m refurbishment programme. The Manchester headquarters will provide Handelsbanken with offices with room for future growth for its UK operations and a base to further expand its northern regional Head Office.

The bank is a great addition to the Manchester city centre in terms of employment and will open up a huge pool of talent, from University graduates for its contact centre to some of the most experienced financial and technical professionals who also want to be based in a central location.

Manchester is being transformed enjoying a period of rapid regeneration that has seen population and jobs growth far exceed that of London since the turn of the century. When measured by a combination of jobs and population increase, Manchester had seen the fastest city centre growth in England and Wales in the period 2002-2015, followed closely by Leeds, Birmingham and Liverpool. London was in 20th position.

With such strong underlying economic fundamentals creating strong demand from an educated professional work force for good quality new build residential apartments, it may well be time to look more closely at the buy-to-let opportunities in the rising Manchester market and sign up for our regular property newsletters.

Construction on our Manchester city residential development, Halo, is progressing well with contractors confident for formal completion in October. The external brickwork to the apartments in Simpson Street is now 98% finished, windows 90% and roof 90%. 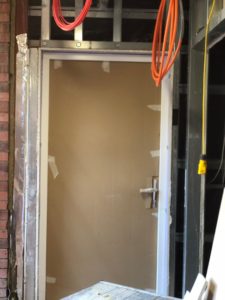 Internal works are also coming on well with 15% of the plasterwork on the ground floor now second-side boarded as work moves on up through the residential building. 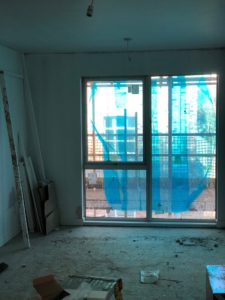 Halo is centrally located between the Northern Quarter,Victoria Station, Manchester Arena and the Shudehill Transport Interchange,making it the perfect place to live in a new, modern collaborative community. 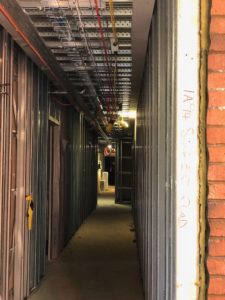 A show apartment will be completed by the end of June for owners and investors to see first hand the quality and workmanship that the Forshaw Group deliver. 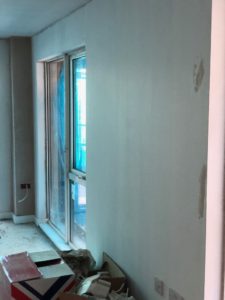