Widely recognised as one of the most dynamic and exciting cities in Europe, Manchester has undergone significant urban regeneration programmes in recent years. This has led to a thriving local economy and bouyant rental market. Manchester has now arrived on the international real estate arena as a buy-to-let property hotspot as huge numbers of young people flock to the city and increase demand for luxury city centre apartments. 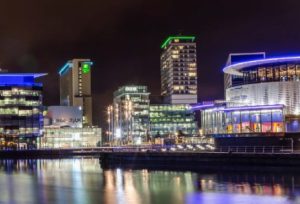 There are almost 100,000 students in Manchester and the city has fast become one of Britain’s most popular destinations. According to HESA around 50% of graduates remain in the city for work and benefit from an affordable cost of living compared to London. Ranked 51st in the 2017 Economist Intelligence Unit’s “World’s Most Liveable Cities” Manchester scores higher than London, Lisbon, Prague and Moscow. This population growth underpins property prices and rental demand putting Manchester firmly on the radar for real estate investors and buy-to-let landlords. 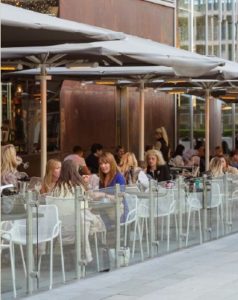 As the UK’s third busiest airport, 22 million passengers pass through Manchester Airport every year. With direct flights to over 200 destinations worldwide, it’s the largest airport outside London and with an investment of £800m, it’s due to get bigger and better.  Manchester also has great rail connections, with three major train stations in the city centre and London just two hours away. The new High Speed Railway, HS2, will ensure improved connections to the capital and drastically reduce the journey time.

Visitors travel from all over the world come to shop in Manchester and it’s easy to see why. It offers a countless selection of recognisable international brands, combined with the best of British. The Northern Quarter boasts a bohemian vibe during the day, it transforms at night with people in search of good food, craft beer and live music. Spinningfields is host to the city’s financial centre with great places to eat, drink and shop. Capturing over 42 million annual visitors due to an ideal location at the core of Manchester’s city centre, Manchester Arndale has the highest footfall of any city centre shopping centre. New Cathedral Street is packed with style and you can find stores like Selfridges & Co, Harvey Nichols and Burberry.

With solid economic fundamentals in place, Manchester is attracting an ever increasing and diverse array of domestic and international property buyers looking for a fully managed investment solution in a buy- to-let property hotspot. It may be time you looked a little more closely into the real estate investment opportunities yourself…..

Planning submitted for our landmark residence at Clippers Quay