Welcome to the year of the dog !

In China, it is still popular to name dogs Wàng Cái (旺财). It means “prosperous wealth”. Manchester boasts the largest China Town in the UK outside London and given Manchester’s flourishing relationship with China this bodes well for 2018. Chinese investors alone are now involved in over £3bn of development across the city.

In recent weeks the Manchester’s relationship with China and its twin city Wuhan has been further cemented through educational links. Manchester’s Chinese student population is growing at double the UK average as The University of Manchester places China at the head of its international programme. Earlier this month, Theresa May’s official visit to China included the launch of the Manchester-China Institute, a major centre for China studies, cementing relationships with Manchester University and Peking University Health Science Centre.

Last November, the positive economic impact of the introduction of two new direct flight services from Manchester to Beijing highlighted the benefits for Manchester and the Northern Powerhouse region. UK exports from Manchester Airport have increased 265 per cent to £200m per month and Manchester’s inward investment pipeline has doubled in the last 12 months. 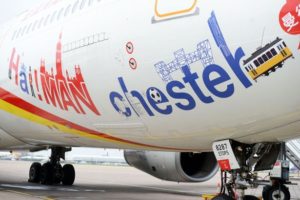 This all has had a knock on effect for the local property market. Online property portals report that Chinese enquiries for Manchester property continues to increase as enthusiasm for the Northern Powerhouse continues to grow. Manchesters’s property market is the third most valuable in the country, according to a new study and in further research of the top 20 cities in the UK, Hometrack found that houses in the city are worth a total of £133bn. According to property advisors JLL, house prices in the North West will increase by 18.1 per cent in the next five years with growth in the region outpacing the rest of the UK. 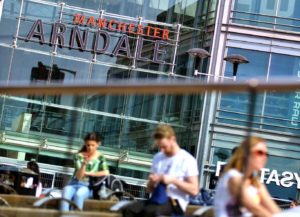 So all looking good for “prosperous wealth” in the year of the dog for Manchester property investors.
Why not make your New Year’s resolution to look more closely at investing yourself in 2018?